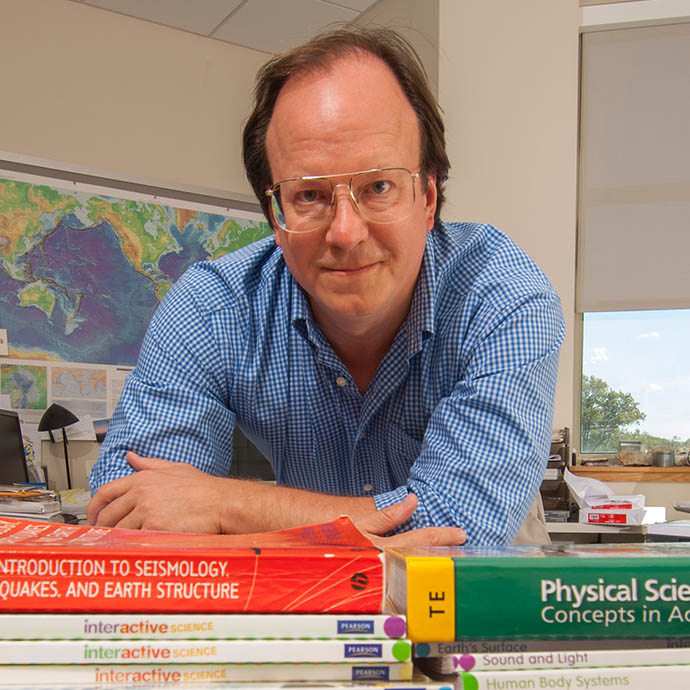 I am a seismologist focused on interpreting seismic waves in terms of mantle structure, composition, and dynamics. Much of my research has centered on Earth’s core-mantle boundary region, a dynamic thermal and chemical boundary layer that separates the mantle and core convection systems. My group has primarily used seismic body waves from large earthquakes to quantify the seismic velocity and attenuation structures of the mantle, which are indicative of dynamic and geochemical processes connected to surface plate tectonics. We have been involved with several large deployments of seismometers, including a recent deployment in Madagascar and Eastern Africa to identify the deep “plumbing” that allows for the eruption of intraplate volcanoes in Madagascar. We also use seismic techniques to examine different kinds of seismic sources, including nuclear tests and urban warfare.

Frank Press Award from the Seismological Society of America

The Politics of Teaching Climate Change