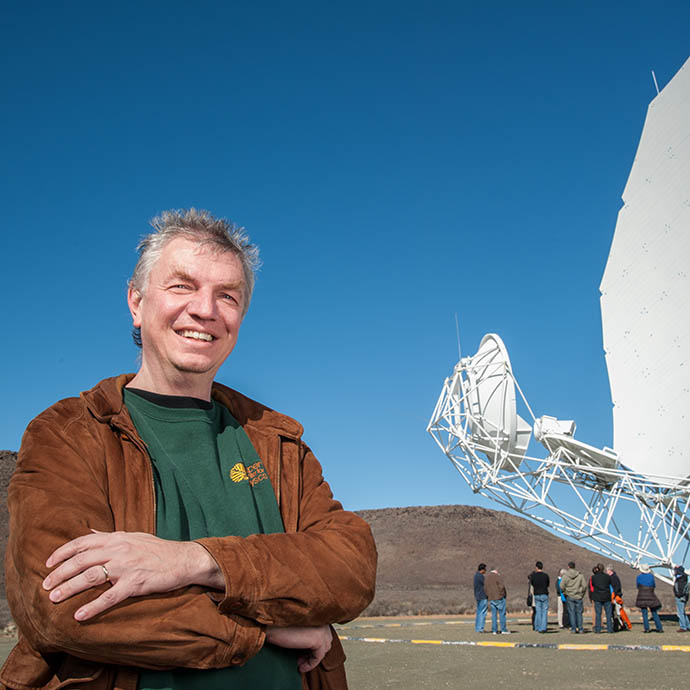 An observationally oriented theorist, my main field of research is extragalactic astrophysics and cosmology. My research focus of the past several years has been (1) the chemical and kinematical evolution of the Milky Way based on the analysis of large spectroscopic surveys and (2) detailed high resolution simulations of the formation of disk galaxies and of the Local Group environment. Further contributions of my group are in the field of computational cosmology and management of “Big Data” in the area of astrophysics. I served as the initiator and PI of the international RAVE survey, a spectroscopic survey of half a million stars in the Milky Way. I have also been involved in the science preparation and analysis of several large instrumentation projects, in particular the ESO 3D-spectrograph MUSE and the ESO Multi-Object Spectroscopic Survey Telescope 4MOST.

Elected member of the Berlin-Brandenburg Academy of Sciences (2013)