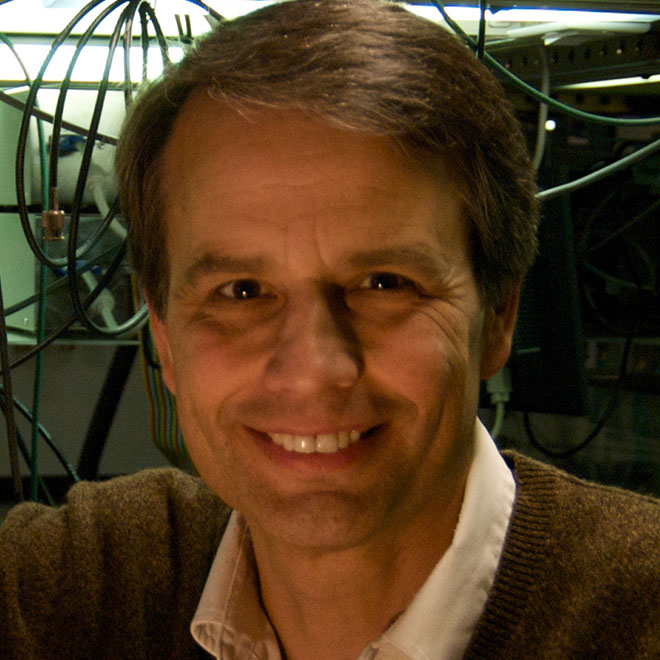 I am currently investigating molecular clocks based on iodine in the gas phase. In collaboration with a group at Stanford, we are attempting to reach theoretical limits in compact packages (<1 cm^3) that previously were only attainable in large laboratory settings. The work entails the study of fundamental line broadening and shifting mechanisms due to environmental and materials effects and the consequences of laser-matter interactions in very small volumes. An essential element in high stability optical clocks is a tunable, narrow-linewidth laser used to probe the resonances in the iodine molecules. Our group is studying fundamental limits to performance and efficiency in compact solid-state lasers for clock applications. In addition to the clock research, I have joined a team developing a new approach to the search for evidence of dark matter in the electromagnetic spectrum.

Elected Fellow of the Optical Society of America (OSA) (2011)