Great Bear Rainforest: What We Found in the Forest

Along British Columbia’s coast, the Great Bear Rainforest is a lush, isolated beauty. The region encompasses 21 million acres from the northern tip of Vancouver Island to the Alaska border and includes Haida Gwaii (the Queen Charlotte Islands). It is accessible only by boat or plane.

This is a place where rainfall is measured in feet; where over 100 wild rivers flow undisturbed from tall heights of land to the Pacific and where ancient trees — cedar, spruce, and hemlock — are more than a thousand years old. Beneath the canopy live healthy wildlife populations, including wolves, grizzly bears, and black bears. In this otherworldly forest, nature meets a hint of magic. Here, some of the black bears are born white.

Aboriginal people of the Great Bear Rainforest — called First Nations — first settled the region more than 10,000 years ago. They have long revered the white bear, known as the Kermode or spirit bear, and its home. First Nations carefully managed the bounty provided by the sea and the land, thriving as cultures and communities, without harming or depleting their resources. But change came to the region over the last century. Commercial fishing depleted salmon stocks. Aggressive clear-cut logging swept through the larger coastal temperate rainforest system, including the US Pacific Northwest, British Columbia’s lower mainland, Vancouver Island, and southeast Alaska. Eventually, the trees of the Great Bear themselves became targets and logging activity moved in. In old government documents, the area is known as the “Mid Coast Timber Supply Area.” First Nations knew that if the natural wealth of the region were to dwindle, their livelihoods would diminish as well.

By the late 1990s, conservation groups, working in partnership with First Nations, had a well-developed campaign to save the Great Bear Rainforest. Among the campaign’s targets were timber companies. Organizations like Greenpeace and ForestEthics took their organizing efforts to the retail level, protesting the sale of products sourced from the forest. They demonstrated at Home Depot, Staples and IKEA to expose consumers to the fragile beauty of the source of their lumber and furniture. Retailers balked, putting pressure back on suppliers to meet their customers’ demands for sustainably sourced goods. Bill Dumont, Chief Forester of Western Forest Products, made a telling comment in March 2000: “customers don’t want to buy their two-by-fours with a protester attached to it. If we don’t end it, they will buy their products elsewhere.”

Compelled by our commitment to land conservation, the Packard Foundation entered the story of the Great Bear Rainforest in 2000. At that time, timber companies agreed to halt operations in the region. In exchange, environmental groups suspended their markets campaign. A time-out began, designed to provide the time and space to craft a permanent solution. We joined with a consortium of funders supporting this process, and also backed a new collaboration among environmental groups at the center of the efforts — the Rainforest Solutions Project.

It was clear that a consensus on how to both protect and utilize the region’s natural resources would be extremely difficult to build. Every stakeholder wanted something different.

It was clear that a consensus on how to both protect and utilize the region’s natural resources would be extremely difficult to build. Every stakeholder wanted something different. Timber companies, the provincial government, First Nations and environmental groups had few priorities in common. However, all agreed that the status quo would not do. Though tensions persisted, conversations shifted to new ideas that could accommodate and satisfy diverse priorities.

All parties were able to agree on a key principle — respect for First Nations. Any successful outcome needed to respect their aboriginal rights, honor their traditional use of the land, and support their cultural, social, and economic aspirations. This principle was the touchstone for development of an Ecosystem-based Management approach to forest supervision, an approach that balanced the maintenance of ecological integrity with promoting human well-being.

In 2001, the stakeholders took the first step toward consensus by mapping out a beginning framework for resolving the longstanding resource conflict. Together we worked over the next five years to negotiate the fine print: areas to be fully protected and areas to be managed sustainably coupled with a rural economic development package.

In February 2006 the work of these unlikely partners culminated in a landmark announcement. Press gathered in Vancouver to herald the Great Bear Rainforest Agreement. Sharing the stage were representatives from First Nations, timber companies, and environmental groups. Staff from the Packard Foundation, along with colleagues from the Hewlett Foundation, the Moore Foundation, the Wilburforce Foundation, and the Rockefeller Brothers Fund, beamed from the audience. The agreement placed five million acres under strict protection, with the Ecosystem-based Management approach applied to the balance of the land. It also included the creation of a new $120 million economic development investment program for First Nation communities. Of that $120 million, half was provided by private donors.

During the course of this process the Packard Foundation provided 33 grants totaling nearly $20 million. Grant funding was used for coordination among environmental groups, for the collaborative negotiation process, for scientific analysis, and land use planning. It supported the participation of First Nations in the process, and provided seed funding for the economic development program.

In the end, conservation triumphed. Timber companies, now partners in the solution, got clear direction regarding their investment in the region. First Nations increased their co-management authority over their traditional territory and secured important investments in a sustainable economy. And the provincial government empowered this historic win with the strength of binding law. This agreement was a milestone in global conservation, achieving — through deep partnership — lasting protection for one of the most extraordinary ecosystems on Earth.

The Great Bear Rainforest Agreement marked the end of conflict — the end of negotiations. It launched the start of a new phase in the region’s history, one based on stewardship and cooperation.

The Great Bear Rainforest Agreement marked the end of conflict — the end of negotiations. It launched the start of a new phase in the region’s history, one based on stewardship and cooperation. Protected areas, habitat and wildlife must now be — and are — stewarded. Ecosystem-based Management, a dynamic management framework for the forests, binds resource managers to specific outcomes that require ongoing monitoring. And human well-being in the coastal communities is a perpetual pursuit. Merran Smith, one of the conservation leaders in this effort, reflected on the Agreement in 2012, saying, “We moved beyond the limited vision of simply trying to find the balance between conservation of the environment and enough jobs for the communities to creating a space for both to co-exist without compromise.”

For the wilder residents of Great Bear, life hasn’t changed much. Humpback whales and orcas cruise the coast and inlets. Bald eagles congregate at the estuaries, screeching at ravens that look to scavenge a meal. In the late summer and fall, salmon clog the rivers. They are easy picking for wolves and bears — grizzly, black and spirit.

Fortunately for these magnificent animals — and the ecosystems they support — First Nations, conservation groups, timber companies and provincial government heeded the threats in time. Through effective campaigning, true partnership and financial support, this landmark collaboration will allow the spirit bear to roam these shores and fish these waters for hundreds of generations to come. 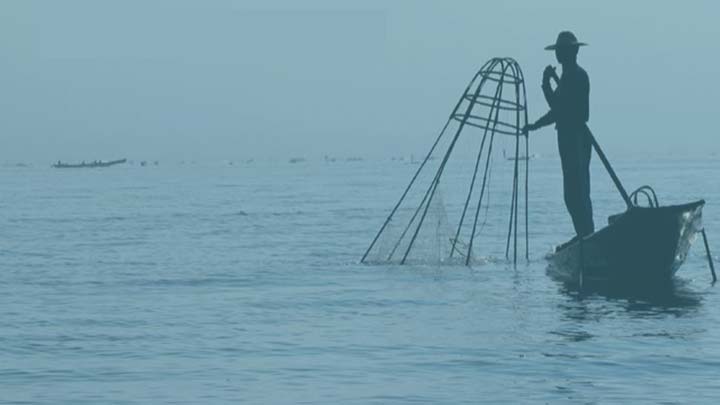 Mission Investments at the Packard Foundation 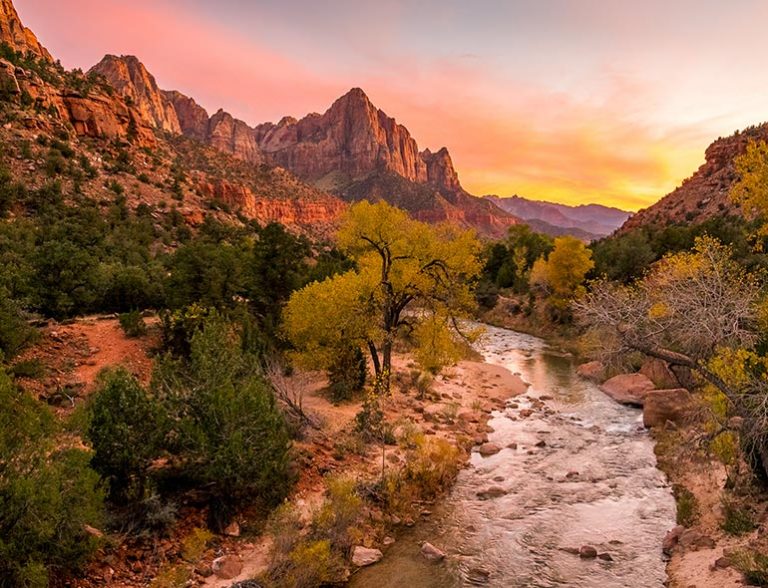 Supporting the Conservation of Special Places for 50 Years