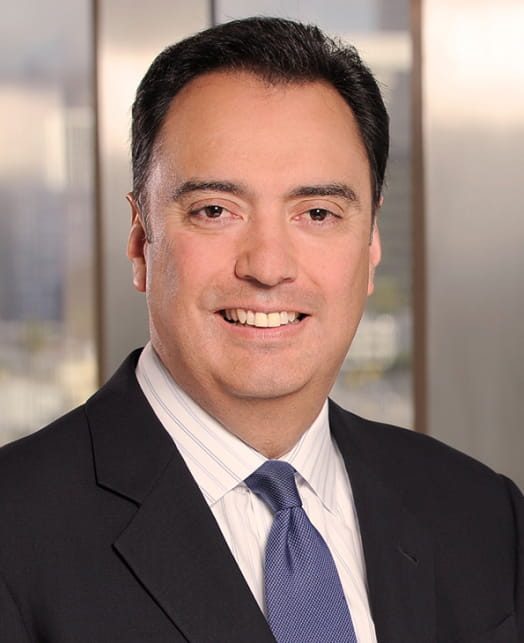 Home / About / Our People / Board of Trustees / Michael C. Camuñez

Michael C. Camuñez is President and CEO of Monarch Global Strategies LLC (formerly known as ManattJones Global Strategies), a consulting firm providing strategic advice and advocacy to companies doing business in emerging economies, with a particular emphasis on Mexico and Latin America. Mr. Camuñez has significant experience as a senior executive, counselor, and advocate advising U.S.  companies  in  domestic  and  global  markets,  and  he  possesses  a  unique combination of bi-partisan political, legal, economic, and international expertise.

Mr. Camuñez served from 2010 to 2013 as one of the nation’s leading commercial diplomats as the Assistant Secretary of Commerce at the International Trade Administration, where he managed a global portfolio to help lead the U.S. government’s efforts to open new markets for U.S. goods and services. In this role, he visited more than 30 countries to advance U.S. trade and economic policy, helping to expand market access for U.S. industry. Mr. Camuñez is most widely recognized for playing a critical role in rebalancing U.S. economic policy toward Mexico, leading numerous trade and policy missions there, and helping to update and modernize a range of initiatives to enhance cross-border trade and investment. He was the chief architect of the U.S.-Mexico High Level Economic Dialogue, which he proposed, coordinated, and later helped launch during President Obama’s visit to Mexico in May 2013. Concurrent with his role at the Commerce Department, Mr. Camuñez was also appointed as the President’s representative on international economic issues to the U.S. Helsinki Commission, managing the economic dimension of U.S. engagement with the Organization for Security and Cooperation in Europe.

Prior to assuming his role at the Department of Commerce, Mr. Camuñez served in the White House for two years as Special Counsel to the President in the Office of the White House Counsel, as well as Special Assistant to the President, where he helped manage the President’s appointments to the domestic cabinet. He is a former equity partner of O’Melveny & Myers LLP, where he counseled and represented companies and financial institutions in foreign international litigation, arbitration and corporate compliance, including Foreign Corrupt Practices Act and Anti-Money Laundering counseling. As CEO of ManattJones, he was also an equity partner of Manatt, Phelps & Phillips LLP. He previously served in the George H.W. Bush Administration working with the bi-partisan U.S. Commission on National & Community Service and in the first term of the Clinton Administration, where he focused on domestic policy issues  and was  on  the team  that designed and launched the AmeriCorps  national service program.

A graduate of Harvard College and Stanford Law School, Mr. Camuñez is actively involved in the business community and civil society. He is a Director of Edison International (NYSE: EIX) and Southern California Edison, where he serves on the Audit and Nominating and Governance committees. He is a Trustee of the David and Lucile Packard Foundation. He is also a Life Member of the Council on Foreign Relations and a director of the Pacific Council on International Policy, where he chairs the Council’s Mexico Initiative. He is a member of the Advisory Board of the Woodrow Wilson Center’s Mexico Institute and a Senior Fellow at the UCLA Luskin School of Public Affairs. Mr. Camuñez is a member of the George Bush Institute’s Working Group on North America and is a director for the Center for Law and Social Policy in Washington, D.C. Mr. Camuñez has served as a member of the Los Angeles City Ethics Commission and is the past president of the Board of Trustees of the Mexican American Bar Foundation as well as a past member of the Stanford Law School Board of Visitors. He is a past commissioner to the California Public Service commission, now known as California Volunteers, which he chaired for two years under the Schwarzenegger Administration.

Mr. Camuñez has been widely recognized for his leadership and community service. In 2014, he received the Congressional Hispanic Leadership Institute’s National Leadership in Public Service Award in Washington, D.C. He also received the 2014 Mexican American Bar Foundation Professional Achievement Award. He has been named by Poder Magazine as one of the “Top 75 Most Influential Hispanic Americans” in the United States and was a recipient of the 2006 “Angel Award” by California Lawyer Magazine for outstanding pro bono service in California.