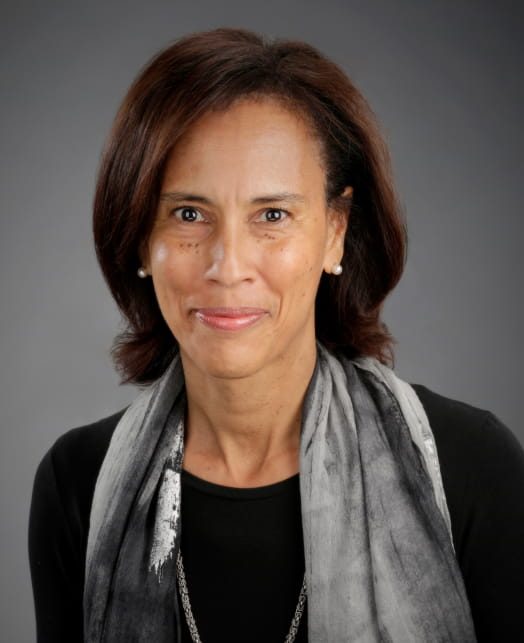 Home / About / Our People / Board of Trustees / Anne Gates

In 2017, Anne Gates retired as president of MGA Entertainment, the largest privately held global toy company in the United States. Prior to that she spent more than twenty years at the Walt Disney Company, in various roles including Executive Vice President and CFO of the Consumer Products Division, based in Los Angeles, and Managing Director for Consumer Products Europe and Emerging Markets, based in London. In 2010, Anne Gates was named to the Power List of Britain’s 100 most influential Black people. Earlier in her career she worked in both the US and Europe for PepsiCo, Bear Stearns (Investment Banking), AT&T (Marketing) and Bell Labs (Research).

Currently, Anne Gates is an active board director, spanning diverse industries. She is currently Chair of the Audit Committees at Kroger, Tapestry, Inc. and Cynosure (a Clayton, Dubilier & Rice owned company). She also serves on the Audit and Risk Committee at Raymond James Financial, the Public Responsibility Committee at Kroger and Governance and Nominations Committee at Tapestry, Inc.

Anne Gates is personally committed to the not-for-profit sector, focusing on improving education, equity, inclusion, and effective nonprofit financial stewardship. She engages with multiple nonprofit boards aligned with these goals. She is a member of the board of Salzburg Global Seminar, an organization convening leaders across cultures, generations, and industries, to encourage new thinking, inspire action, and create just and sustainable change. At Salzburg, she is Chair of the Board’s DEI Working Group. At Public Media Group SoCal (the major PBS affiliate in Southern California), she serves as the Vice Chair of the Board, Chair of the Investment Committee, and Co-chair of the Task Force for Anti-Racism and Social Justice. She also serves on the board of CADRE, an organization advancing and supporting parental leadership to redefine South Los Angeles public schools and ensure that all children have the right to excellent education regardless of where they come from.

Anne Gates received her B.A. in Applied Mathematics from UC Berkeley and her M.S. Industrial Engineering and Operations Research and post-graduate work at Columbia University. She serves on the University of California, Berkeley Foundation Board of Trustees and Berkeley’s Graduate School of Education Advisory Board, and the Board of the Fu Foundation School of Engineering and Applied Science at Columbia University.