American Institutes for Research (AIR) conducted the first year of the statewide Study of California’s Transitional Kindergarten Program to describe the program as it was implemented across California in the 2012–13 school year, the program’s first year of statewide implementation. This research brief (third in a series highlighting findings from the study) focuses on district outreach efforts, parent perceptions of TK, and TK student demographics.

Findings from this study point to the challenges districts faced in recruiting children for TK during the first year of TK implementation. Most districts reported that parents frequently wanted to enroll their children in kindergarten rather than in TK. District administrators also described other parents who were not aware of the TK program or who were concerned that TK was a remedial program and did not want to send their children to a program they did not understand. Despite these challenges, there were no particular demographic groups of students disproportionately left out of TK.

It is important to note that the results in this brief are from the first year of implementation, when many parents lacked awareness of the program and districts had little time to plan for parent outreach. Many parents participating in focus groups told the study team that TK was an economical alternative to another year in preschool or child care that also supported their children’s kindergarten readiness, although these parents also said that they knew parents who were afraid that the program would be “too academic.” Recent policy changes have made State Preschool available as an affordable option for low-income families with TK age-eligible children. This change may have implications for district outreach to families regarding TK enrollment, because some parents now have more choices. This change also may impact the demographics of students in TK. 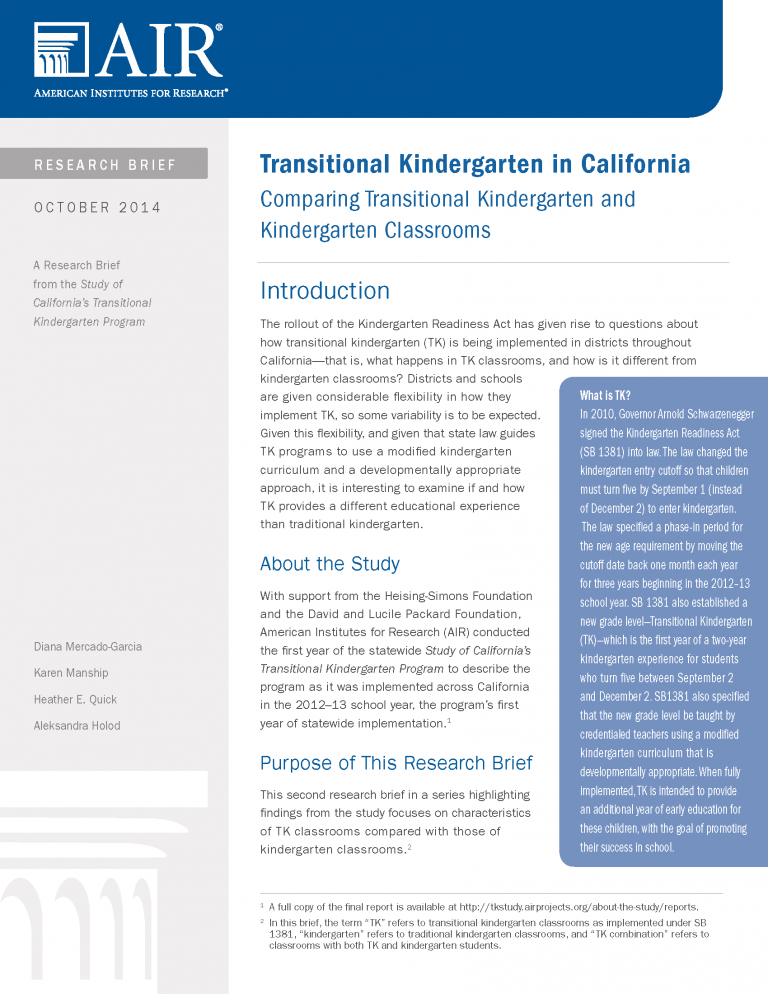 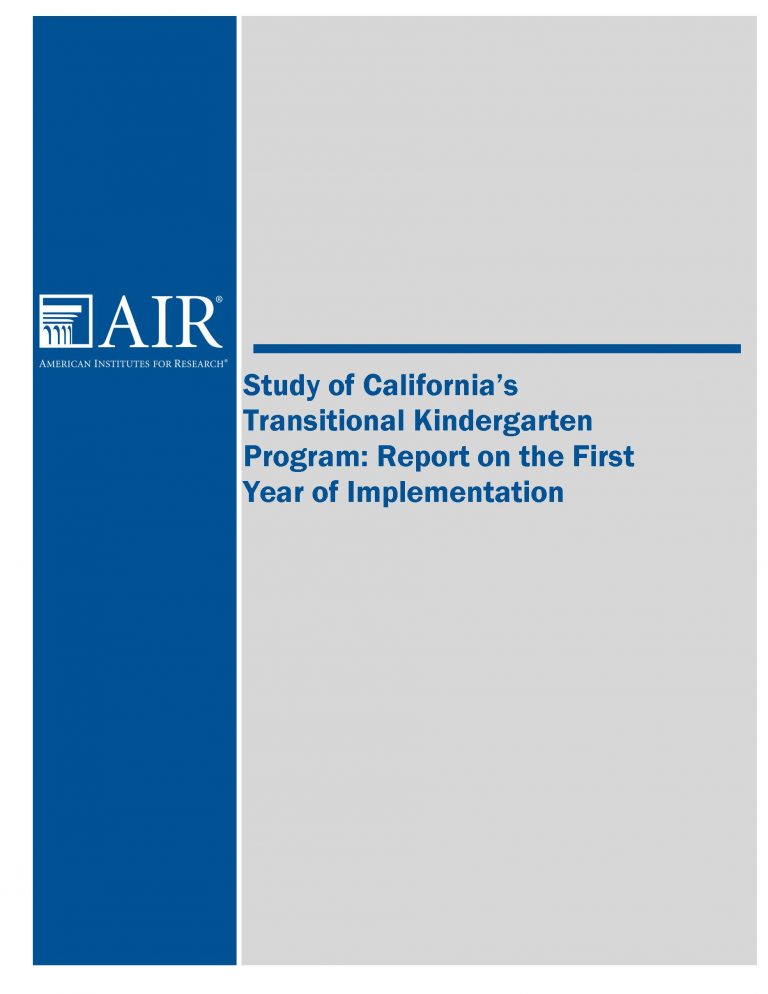 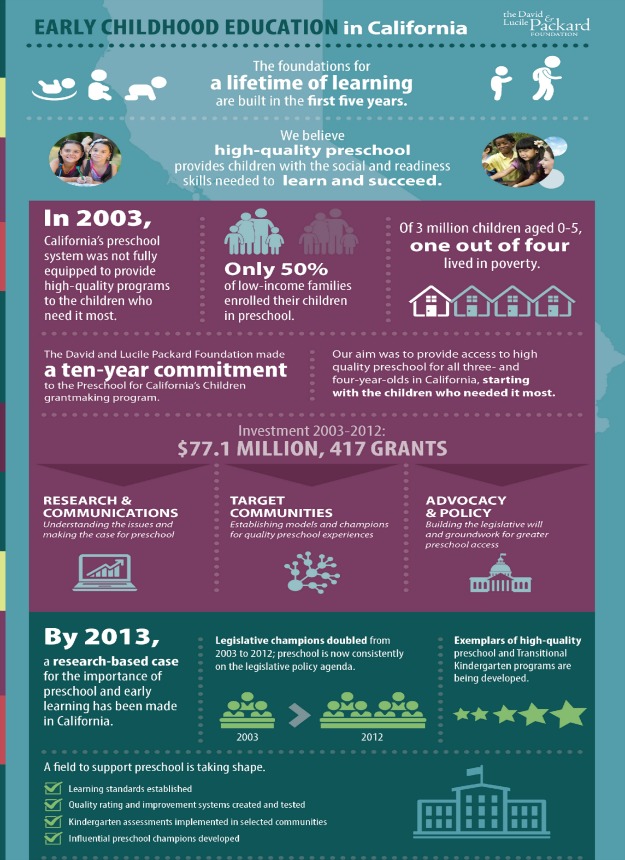 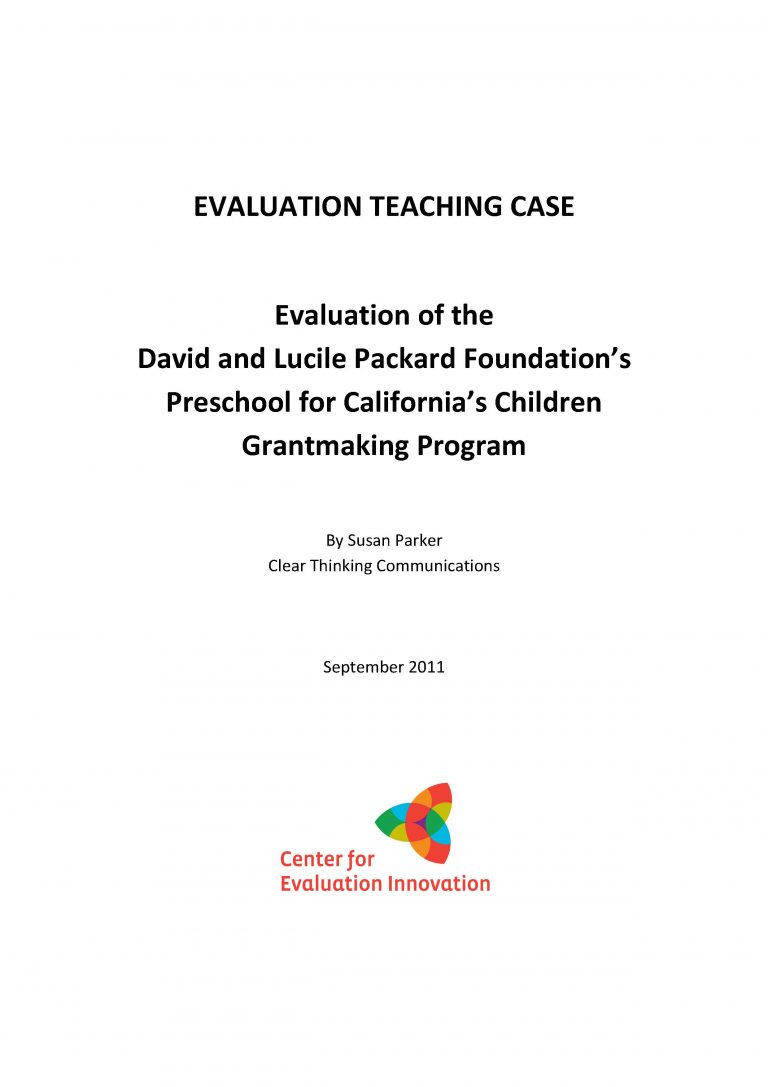