Using data from the March and September 2015 rounds of the Urban Institute’s Health Reform Monitoring Survey, this brief examines the reasons parents living with dependent children remain uninsured in the wake of coverage expansions implemented under the Affordable Care Act. The survey found that in March and September 2015, nearly two-thirds of uninsured parents cited the cost of insurance or their inability to afford insurance as a reason for not having coverage. Lack of coverage for parents not only could affect their access to health care and increase their vulnerability to high medical bills, it also has implications for their children who are historically less likely to be covered when their parents are uninsured, a pattern that is visible in the HRMS data from 2015. 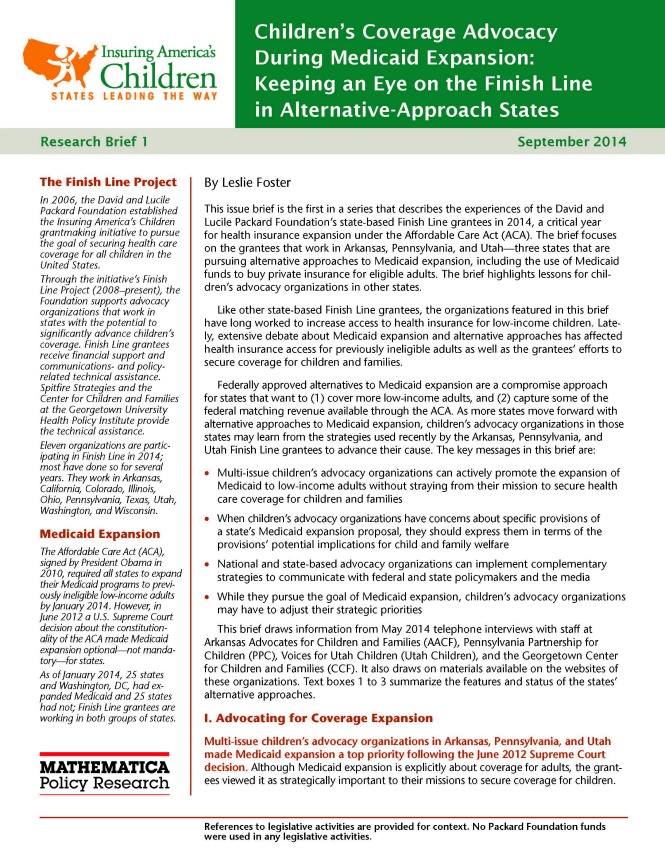 Children’s Coverage Advocacy During Medicaid Expansion: Keeping an Eye on the Finish Line in Alternative-Approach States