Partial Repeal of the ACA through Reconciliation: Coverage Implications for Parents and Children

Home / Children, Families, and Communities / Children's Health / Partial Repeal of the ACA through Reconciliation: Coverage Implications for Parents and Children 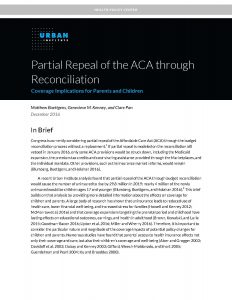 The Urban Institute compare health care coverage for children and parents under the ACA and under a reconciliation bill repealing the ACA similar to the one vetoed in January 2016, addressing two issues specific to children’s coverage: maintenance of eligibility and federal funding for the Children’s Health Insurance Program (CHIP).

They found that 4.4 million children and 7.6 million parents could lose coverage in 2019 if Congress’s budget reconciliation process repeals pieces of the ACA without a replacement plan. Under the repeal bill, states would be able to reduce Medicaid and CHIP eligibility for children beginning in 2017. They also found that up to 9 million more children could lose coverage if states lower Medicaid/CHIP eligibility to the new minimum standards. 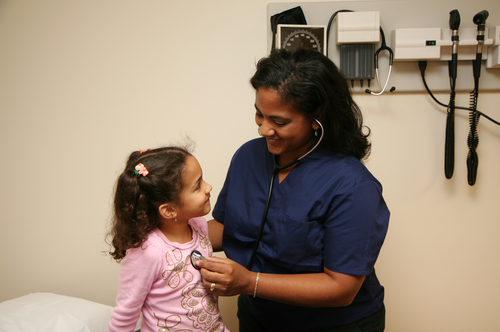 How Are Moms Faring under the Affordable Care Act?