Reaching for the Ceiling: Why I Celebrate Roe v. Wade and Why We Must Aim Higher

Home / Perspectives / Insights / Reaching for the Ceiling: Why I Celebrate Roe v. Wade and Why We Must Aim Higher

With last month’s 47th anniversary of Roe v. Wade, some may wonder what there is to celebrate. After all, 2020 is the year that the heart of Roe may be decimated as a result of June Medical Services, LLC  v. Gee, the U.S. Supreme Court case that challenges a Louisiana law designed to close clinics and undermine access to abortion.

So why did I pause to celebrate this landmark case? For one, Roe speaks to me about the important role women’s access to abortion plays in advancing gender equity. In Roe, the Court acknowledged that unless a woman can control her fertility, she can’t fully and equally engage in society on her terms. As one of the lawyers who added my name to an amicus brief in June Medical, I can say without a doubt that having an abortion at age 18 played a pivotal role in my life. One of my co-signers said it well: “I am not a lawyer who had an abortion; I am a lawyer because I had an abortion.” Everything that followed my abortion – practicing law, joining philanthropy, parenting three fabulous children, a 25-year partnership with my husband – has been possible because I made a decision that was right for me. I was lucky. I had access – which brings me to my second point.

The anniversary was a time to acknowledge what Roe is, and what it isn’t. It is a Supreme Court decision and it is almost 50 years old. Roe is not a visionary document or a roadmap. Roe created the floor, not the ceiling for how a state could regulate abortion. The decision legalized abortion in all 50 states and held that states could regulate but not ban access to abortion care.

We can go beyond Roe. We can envision and make real a world in which every person can make the best decision for themselves about whether and when to become pregnant or have a child with dignity and support.

Unfortunately, many states viewed the Court’s ruling as an invitation to restrict women’s decision-making and make access to care difficult. For instance, 34 states prohibit Medicaid funds for abortion care except in extremely narrow circumstances. So even the Roe we have now is a paired down version in which those who have the lowest incomes, live in rural areas or in conservative states, are young or immigrant or trans, have extreme difficulty accessing abortion care today even though it is still legal in all 50 states. The anniversary of Roe was a reminder that there is more work to do.

We can go beyond Roe. We can envision and make real a world in which every person can make the best decision for themselves about whether and when to become pregnant or have a child with dignity and support.

Third, it is a time to celebrate the creativity and vision of the diverse reproductive health, rights, and justice movement. At the Packard Foundation, we have the honor of funding an ecosystem of reproductive health, rights, and justice organizations in Louisiana, Mississippi, and nationally. Each day, we come to work with a common vision: to shepherd the resources of the Foundation as best as possible to ensure that every person, especially women and girls, have the knowledge, choices, and power to shape their lives. Since my very first day of work at the Foundation, which I spent in Jackson, Mississippi, I have been blown away by the inventiveness, resilience, and joy of the people who do this work in the southern United States. For instance, last year after Louisiana passed a law banning most abortions, a group of inspired chefs in New Orleans held a community event called the Boozy Bake Sale. The line for the event circled the building. Yes, they were fired up; yes, they were motivated; and yes, they showed up with irreverence and tasty treats and had a party. In Mississippi, Planned Parenthood of the Southeast is piloting person-to-person, long-form conversations about abortion through a deep canvassing program, the essence of which requires listening carefully. Their initial takeaway: we – whether men or women, people of faith, young, grandparents, white or black – have more in common than the current political dialogue would suggest. And we need to talk to each other more.

And finally, the anniversary is a moment to pause and get clear about what’s at stake this year. If we want to celebrate this anniversary next year, then it is incumbent upon every person who believes that real people with real lives should make these important life decisions for themselves to do something. Whether you are funder, an organization, an activist, or simply a concerned person, each one of us can contribute time, money, or support. Whether leveraging a multi-million dollar grantmaking portfolio like the Packard Foundation or a $10 contribution from an individual, whether volunteering for abortion rights or going to a boozy bake sale, whether writing a blog or having an honest conversation with someone whose views you’re curious about, we can each do something and collectively support the right to abortion access. So, I celebrated the anniversary this year, fiercely. And I hope to be celebrating for years to come – not just Roe, but bigger advancements in abortion access and gender equity so every person can truly shape their lives.

Elizabeth Arndorfer is a program officer at the David and Lucile Packard Foundation where she oversees reproductive health grantmaking in the United States.

Image credit: The Jackson Women’s Health Organization, known as the Pink House, is the only abortion clinic in Mississippi. Clinic escort volunteers help women make their way past anti-abortion protesters by greeting clients and ensuring safe passage to the building. Nina Robinson/Getty Images/Images of Empowerment. 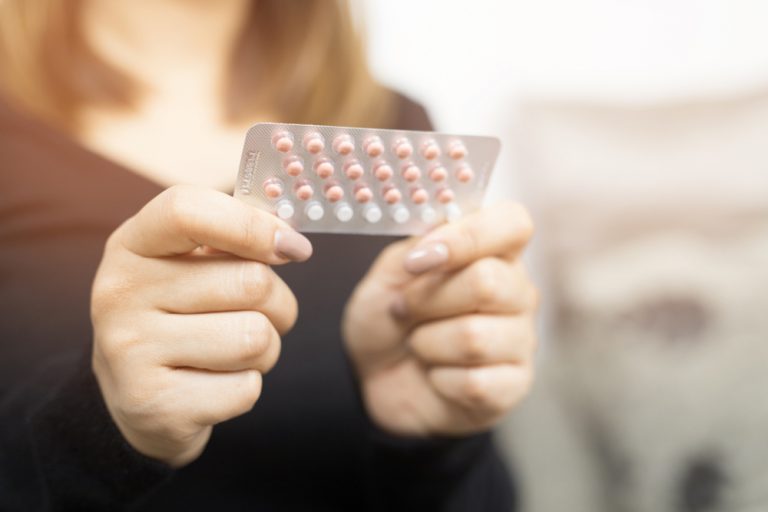 Over the Counter Birth Control Pills are Coming, and I’m Excited! 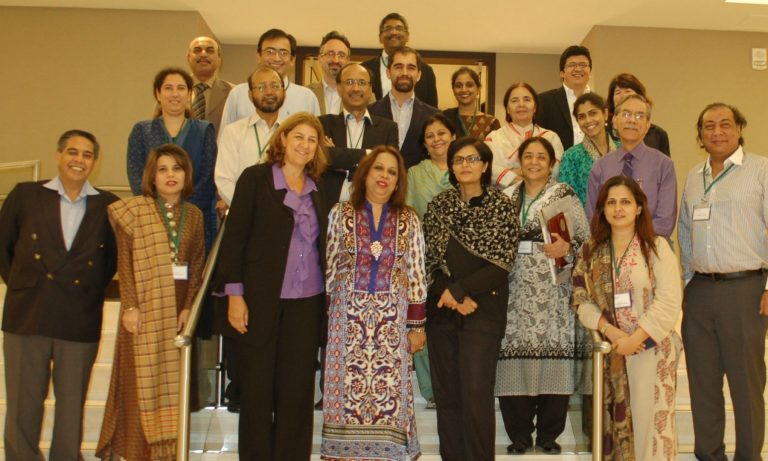 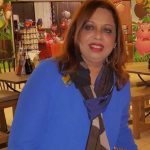 The Courage to Challenge and Change: 20 Years of Investing in Family Planning and Reproductive Health in Pakistan 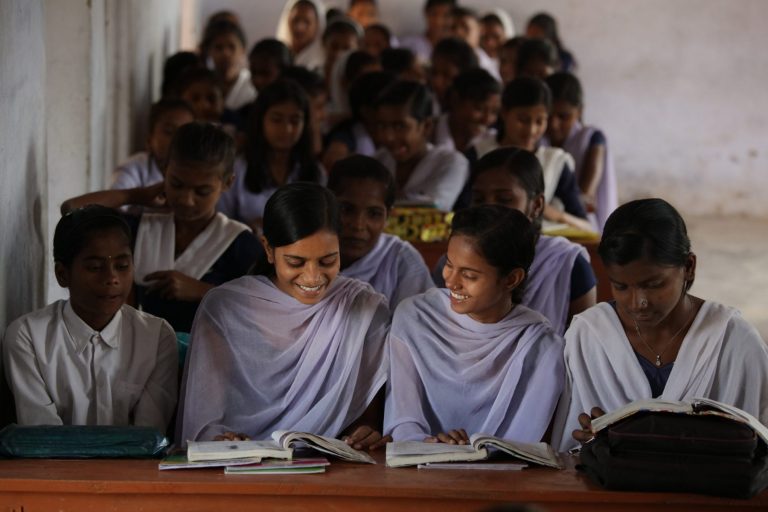 Quality: A Litmus Test for Progress on Sexual and Reproductive Health and Rights