In 2017, foundations and other motivated investors need to get off the sidelines and start investing in clean technology in emerging markets.

Much like governments, foundations are unique creatures capable of deploying highly risk-tolerant capital in a way that moves markets. They have a number of ways they can play, but two of the most important are deploying grant dollars and program-related investments (PRIs). Charitable grant dollars, the raison d’être for foundations, are a wonderful source of capital — a guaranteed negative 100 percent return that is magically refreshed every year in the organization’s budget. This ‘negative return expectation’ enables foundations to be highly risk tolerant, capable of supporting interventions that buy down risk and reduce barriers to entry for clean technology around the world.

At the same time, PRIs can be a flexible and potentially highly risk tolerant form of direct investment that can pave the way for truly market-oriented investment. PRIs are often separate programs, not drawn from grant-making budgets. Some foundations have elevated PRI programs, including the Packard Foundation — which has set aside $180 million for impact investing — and our collaborators at the John D. and Catherine T. MacArthur Foundation, who have an even larger $500 million program. However, the lion’s share of foundation capital is deployed as grants, not as separate PRI programs. In fact, the dollar volume of PRIs constitutes less than two percent, compared to the level of foundation grantmaking, according to the best-available data compiled by PRIME. Worse, the portion that was dedicated to energy investments was roughly one percent of that total (approximately 40 million USD). That means a potential tool for dealing with the risk of clean tech deployment in emerging markets may be sitting on the sidelines.

More important than the sheer scale, however, is making these tools work in concert to create interventions that add up to more than the sum of their parts. A group of leading foundations active in India, where the distributed solar market is poised for an astonishing 90% growth in 2017, are trying their hand at a novel approach to deploy these tools. Along with the US and Indian governments, foundations came together last summer to announce a package of activities to help prime the pump. The goal is to support the Indian government as it works to achieve its ambitious energy access and renewable energy goal of 175 gigawatts by 2022.

After months of dedicated effort, the US Indian Clean Energy Finance Facility (US-ICEF) — which targets project preparation needs of distributed generation companies working in the off-grid and on-grid spaces with grant dollars supplied by US foundations and the Government of India — was launched. Foundations are actively working on a suite of other interventions, alongside the Indian government, which may cover everything from construction capital to payment security to securitization. When finished, this program of interventions will help create a conveyor belt of capital supporting companies and projects from start up to securitization. While still nascent, these efforts offer a few lessons worth sharing for those capital providers sitting on uniquely risk-tolerant money.

Leverage, Leverage, Leverage — At the end of the day, foundation capital is a very small fish in a very large pond. To truly have impact, we must leverage other people’s money by strategically deploying our resources to unlock, de-risk, and otherwise crowd in additional dollars. In the case of ICEF and associated activities, US foundations will deploy roughly $30 million dollars to unlock potentially $1.4 billion worth of direct investment in distributed clean energy in India. That is somewhere between 4–100 times the amount we as foundations invested with our own resources.

To move markets, embrace risk — In a world dominated by low interest rates and quantitative easing, capital is in desperate need of returns. While this has spurred interest in emerging markets and new technologies, markets like India are still viewed as inherently risky thanks to fluctuating currency values, among other things. Foundation capital is uniquely risk tolerant, with an important ability to buy down perceived risk (and a small amount of real risk) and crowd in money sitting on the sidelines but seeking yield. First loss, project preparation, hedging and construction stage equity are all important examples of capital gaps that foundations can fill, depending on the markets we care about.

Build enduring infrastructure — It is important that we plant trees, not just pick fruit. That means as charitable institutions, foundations need to act much like governments by creating infrastructure to support lasting activity, rather than narrowly tailored project activities alone. In the case of ICEF, the India Innovation Lab organized by the Climate Policy Institute (CPI) has been critical in supporting market creation efforts. This infrastructure proved instrumental, both as a central organizing force in the ICEF package, as well as for spinning up new investable ideas, all while putting the finance issue on the map. Most importantly, the Lab has demonstrated its value to a range of stakeholders, including the Government of India, foreign donors such as the UK, and multilateral development banks like the International Finance Corporation.

Break trail in frontier markets — Being a first mover matters. Foundations have the ability to create energy and excitement around novel approaches or markets where precious little activity currently exists. In India, while utility scale solar is growing at an incredible clip, distributed generation is still a nascent market. Focusing resources and attention helps crowd in stakeholders, while simultaneously demonstrating credible avenues for deploying capital. Given the current geographic concentration of clean tech markets globally, breaking trail and entering frontier markets is critical for generating diverse market growth that is immune to political setbacks in any single country.

How impact investors can step up on climate

While it is still early days, many of these lessons appear important not only for success in India but also in spreading clean tech deployment around the world. With interest rates rising, and investment potentially declining, it is more important than ever for motivated investors to step in with smart, strategic uses of their unique capital to keep the transition humming along.

There are a wide range of opportunities, such as creating new clean energy focused PRI programs, or deploying existing PRIs or grant dollars into targeted intermediaries (e.g., we’re particularly fond of SunFunder and Lendable) capable of catalyzing clean energy in new markets. Last but not least, foundations have an enormous opportunity to step up and work with the existing multilateral and bilateral institutions to provide them with risk-tolerant money (e.g., loan guarantees, grants to support financial structuring, project preparation and more) that can help expand their presence in clean energy markets worldwide. This could be particularly powerful when it comes to bringing emerging Asian players (e.g., Asian Infrastructure Investment Bank and NDB Banks) into the clean tech game.

Because while the transition is inevitable, a fast pace is not. Foundations have capital that can play a highly leveraged and highly catalytic role to help address our most important variable — time. For us motivated investors, it is one thing we can truly impact. 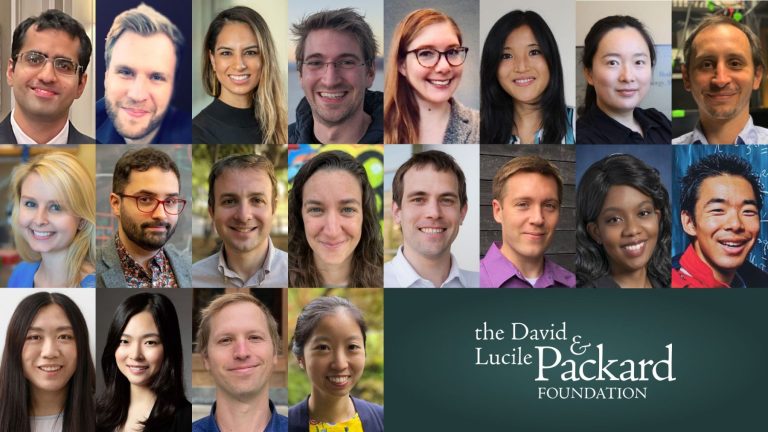